Taekwondo is one of the official sports of the modern Olympic Games. It is a sport that mainly uses the hands and feet for fighting or confrontation. 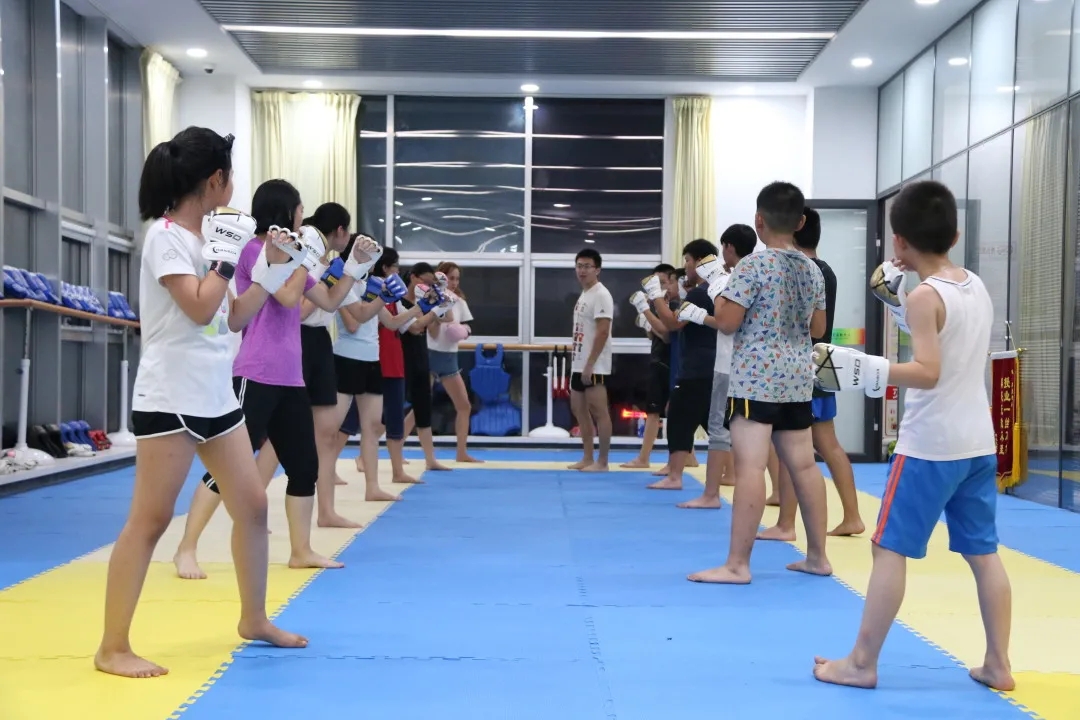 Taekwondo is a full-body exercise that achieves better balance, flexibility, coordination, and endurance, while in punching, beating, and kicking. In a Taekwondo Acadamy or Gym, they will lay good taekwondo flooring mats. And use punching bags,sandbags and boxing gloves during the training, which can consume 350-450 calories per hour, and at the same time, it can also reduce your pressure very well.
Taekwondo has the following basic moves: 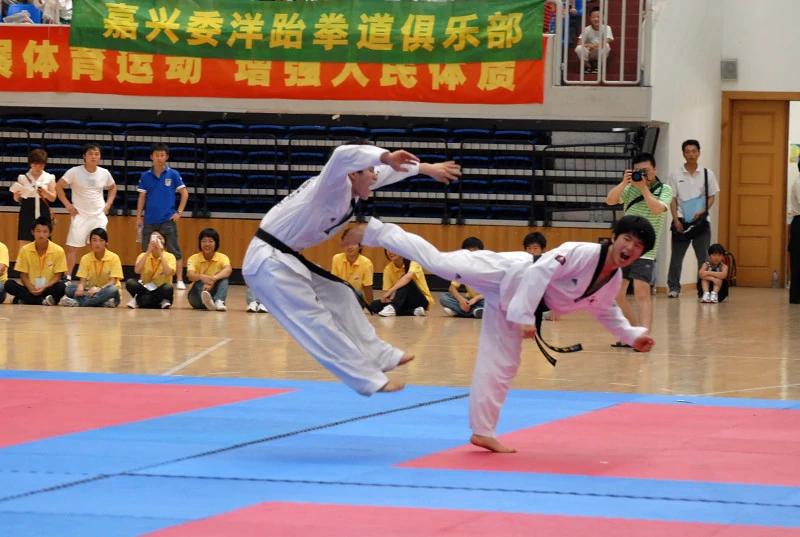 1. Front kick: The basic position of the actual combat position begins. The right foot is on the ground and the hip joint is rotated to the left, and the fist is placed on the side of the body; at the same time, the right leg is bent and raised with the hip joint as the axis. When the thigh is raised to the level or slightly higher, the joint is sent forward and pushed forward, and the calf is quickly kicked forward and upward with the knee joint as the axis, and the force reaches the tip of the leg, and the whole leg is kicked straight. After the kick, relax quickly, and the right leg bounces back along the original route, placing the right foot in front of the left foot and still in the actual combat position. Action essentials: Clamp the knee joint, relax the calf, and be flexible; send it forward, and send it upward when kicking high; the calf retracts as fast as the front kick. The main attack sites are the face, chin, abdomen, and crotch. The forward kick can also be used for defense. When the force of the front kick is changed from the toe to the heel, the forward kick action becomes the forward kick action. The main points of the action method are the same, but the shape of the feet has changed.